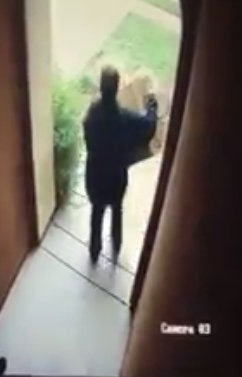 We recently received this testimonial from one of our wonderful clients but it tells a great story.  When we talk to people about our business, many tell us “We have a good neighbor who looks after our home when we aren’t there.”  This should make you think twice.  You need Jupiter Home Watch Services by A-Z Home Watch Solutions.

To whom it may concern,

My sincere Compliments are with the A – Z Home Watch organization.

Doris, Artie and Stephanie are the answer to the prayers of any homeowner who needs to be away for any amount of time. Indeed they came like angels in answer to my needs recently.

Like most folks, I had a couple of “good neighbors” that I thought I could always ask to keep an eye on my house while I was away if I needed to… Then the time actually came.  I needed to ask those neighbors to watch over my home.

I felt reasonably confident and secure that if any questions or concerns came up, I could handle it long distance. Also I have good security cameras on the property.

Within the first week I was away my security cameras rang my phone for remote viewing. It was the middle of the night.   The cameras showed a man a woman and a child entering my house. (I was on West Coast time-three hours earlier. It was 1am in Florida).  Moments later a couple of teenagers came to the house too.  Within a half an hour after that everyone left….Except for the child!

All this was transpiring in real time in front of my eyes while I watched helplessly and tried to reach my “Good” Neighbor who was supposed to be keeping an eye on my home. He was not answering his phone. When he finally did answer he first denied that it was happening. REALLY! While I’m watching this on camera in real time. Then he tried to tell me that it was just his wife looking in on the house (at One O’clock  in the morning!)

I told him then I could see the faces of the people entering my home. It was NOT his wife. I told him I recorded it and could email the video to him then and there!
Clearly he was not expecting that I would ever monitor my cameras at this hour, let alone have real time recording of this as it happened. He also didn’t know my phone would alert me to unauthorized entry.

When he finished all the denial he finally admitted that he had some friends that needed a place to stay for the night; So, he offered my home to them!
So much for a safe secure home. So much for good neighbors! My good neighbor was turning my home into a flop-house. Not only that, they’d left an unattended baby at 1am in the morning there!

At 1 o’clock in the morning I was trying to figure out what to do with a baby unattended in my house (and me, 3000 miles away). This situation continued all night long because he and his wife were across town (he said). No one knew where the baby’s mother went. I was up all night long playing phone tag. It was a night you really don’t ever want to experience.

I called Doris, Artie and Stephanie of A-Z Home Watch  at the crack of dawn. Within the hour Stephanie was right there, on site at the house. She put everything back in order and locked the house down for me. While she did this she called me and gave me a rundown of what the house was like, as well as took pictures throughout the house so that we could determine what, if anything, was missing, broken, or otherwise damaged.

Stephanie’s professional and thorough manner reassured me on every level that the ‘storm’ had passed. She was on the job now. I knew, if this ever needed to be taken to court for any reason, Stephanie and the folks at A-Z Home Watch were who I wanted in my corner.

I am eternally grateful to everyone at A – Z Home Watch for being there as they were in this time. I depend upon them to this day. In something as precious as a home there is no substitute for going with professionals.

A-Z Home Watch is licensed and bonded. Each of the people with A-Z come with a lifetime of experience in home care too. I know this; Stephanie, Doris and Artie were there for me when I needed them. As Doris put it, that is ‘what they are there for.’ That is their job.

Still, for me they came as if in answer to a prayer.

Today, under the conscientious attention of the folks of A-Z Home Watch my home remains safe. I am confident nothing like that invasion will ever happen again. If it does, I know A-Z will be on top of it.

My most sincere thanks is with you all of A-Z Home Watch Solutions.

With Gratitude and Kindest regards,

Contact A-Z Home Watch Solutions for our Jupiter Home Watch Services and other areas in the southeast Florida Gold Coast.

Send Us A Message!

← Prev: The Development of Mold Problems How To Prepare Your Home For A Hurricane →